See the chart below for a yearly breakdown of military spending in Spain. (2001 to 2012)

Our latest data shows that Spain spent $12,185,000,000 on their military in 2012 which amounted to 0.8% of the country's GDP that year. Check out the chart below for more Spanish military budget data. We can only publish the past 12 years, but SIPRI has data as far back as 1988 on their site. 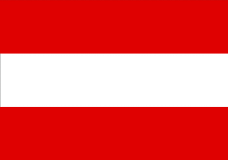 18 years of age for voluntary military service by a Spanish citizen or legal immigrant, 2-3 year obligation; women allowed to serve in all SAF branches, including combat units; no conscription, but Spanish Government retains right to mobilize citizens 19-25 years of age in a national emergency; mandatory retirement of non-NCO enlisted personnel at age 45 or 58, depending on service length.