See the chart below for a yearly breakdown of military spending in Latvia. (2001 to 2012)

Our latest data shows that Latvia spent $279,000,000 on their military in 2012 which amounted to 0.9% of the country's GDP that year. Check out the chart below for more Latvian military budget data. We can only publish the past 12 years, but SIPRI has data as far back as 1988 on their site.

SIPRI Footnote: The figures for Latvia do not include allocations for military pensions paid by Russia, which averaged 27 million lats per year over 1996–98. 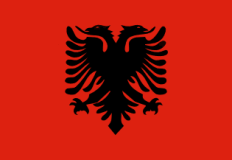 18 years of age for voluntary male and female military service; no conscription; under current law, every citizen is entitled to serve in the armed forces for life.