See the chart below for a yearly breakdown of military spending in Paraguay. (2001 to 2012)

Our latest data shows that Paraguay spent $430,000,000 on their military in 2012 which amounted to 1.8% of the country's GDP that year. Check out the chart below for more Paraguayan military budget data. We can only publish the past 12 years, but SIPRI has data as far back as 1988 on their site.

SIPRI Footnote: The figures for Paraguay in 2003 are for the modified budget, rather than actual expenditure. 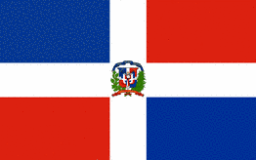 18 years of age for compulsory and voluntary military service; conscript service obligation is 12 months for Army, 24 months for Navy; volunteers for the Air Force must be younger than 22 years of age with a secondary school diploma.