See the chart below for a yearly breakdown of military spending in Estonia. (2001 to 2012)

Our latest data shows that Estonia spent $438,000,000 on their military in 2012 which amounted to 1.9% of the country's GDP that year. Check out the chart below for more Estonian military budget data. We can only publish the past 12 years, but SIPRI has data as far back as 1988 on their site.

SIPRI Footnote: Estonia merged their Border Guard Service with the National Police in 2010, and are no longer classed as a paramilitary force by SIPRI. This accounts for much of the decrease in Estonian military spending in 2010. 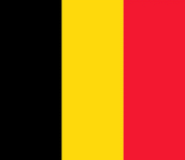