See the chart below for a yearly breakdown of military spending in Equatorial Guinea. (2001 to 2012)

Our data source (SIPRI) does not have a figure for Equatorial Guinea's military budget in 2012, but the chart below contains the available military spending data from the past 12 years. If you want to learn more about Equatoguinean military spending, check out SIPRI.org which has data as far back as 1988, including dollars spent and percentage of GDP.

SIPRI Footnote: The gaps in the line graph are due to lack of data for those years. 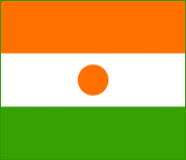 18 years of age for selective compulsory military service, although conscription is rare in practice; 18 is the legal minimum age for voluntary service; 2-year service obligation; women hold only administrative positions in the Coast Guard.